During the 1950s, the Cybis studio often used the same bird mold(s) for several different sculpture issues and relied on the painting to ‘identify’ the species intended. Because they never put the name of any piece on the sculpture itself, and a 1950s price list has never been found, this sometimes creates a “fun” game called ‘What 1950s Cybis Bird Is This.’

As shown in my Early Birds post, quite a few have been identified via the way they were painted. However, I’m completely stumped by a pair of birds shown in a photo of a collector’s display case. I know for a fact that they are Cybis and are definitely from the 1950s, but I cannot match the painting pattern to any bird shown in the “birder’s bible” (Roger Tory Peterson’s Field Guide to the Birds.) Here is the photo, and a breakdown of why their identification has made me crazy:

They depict a male (left) and a female.

The male has a black bib, white cheeks, a red or red-orange blush beneath the bib, and a tan lower breast. His back and wings appear to be a grayish or blue-gray color, with touches of black and white on the upper wing feathers. It’s not possible to determine the shape of the bill, but there may be a bit of black just above it.

The female is nearly identical except for the absence of the black bib and the reddish upper breast. Her wings are not visible.

Here are the contenders, and why each has one or more disqualifying factors compared to how the Cybis pieces are painted.

Northern Parula Warbler: The back and wings sort of  match, but the real bird has a yellow throat that the Cybis ones do not.  It also has no white cheeks. However, we know that Cybis did produce a pair of Parula Warblers during the 1950s, and that the bird mold was the same for both pieces and differed only in their paint colors.

Chestnut-sided Warbler: Both sexes do have white cheeks but we can eliminate this species because nothing else matches the Cybis pieces. 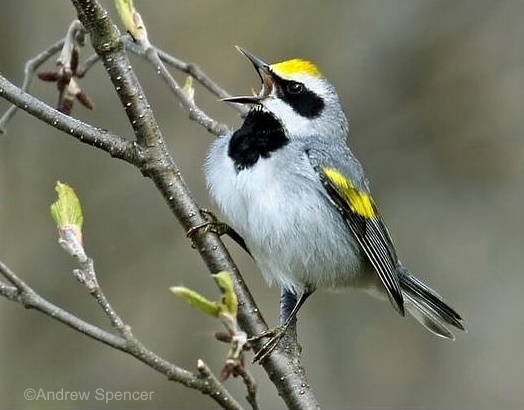 Golden-winged Warbler: The male does have a large black bib, but no red below it. Cheeks are a combination of black and white, not all white as in the Cybis piece. There is no yellow on the Cybis pieces, and the breast/belly areas are a different color.

We now leave the warblers and go to the finches.

House Sparrow: The male does have a large black bib and some white on the lower cheeks, but the female of the species has neither. The real bird has no rust color beneath the bib. An obvious difference is that sparrow’s’ back and wings are brown, whereas the Cybis pieces are more grayish. They did do a Tree Sparrow (seen in Early Birds) and that piece is most definitely brown.

We can also eliminate all of the ‘red’ finches (such as the House Finch), yellow finches (Goldfinch) and orioles, as well as all of the sparrows that have streaked breasts – and those are legion!

There are precious few birds that combine white cheeks with a black bib, but two are found in the chickadee family:

the Black-capped Chickadee, and 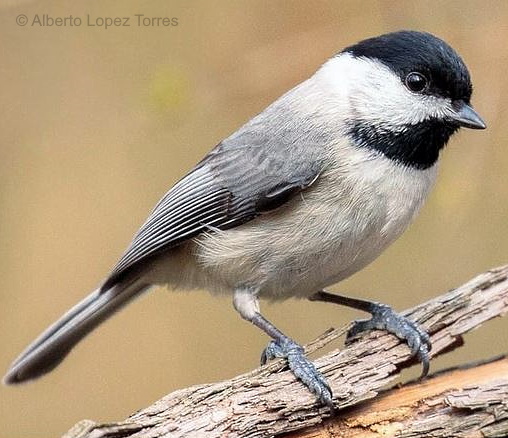 the almost-identical Carolina Chickadee. The disqualifiers here are that neither species has a rusty band beneath the bib, nor any wing bars. I even checked out the Western, or Mountain, Chickadee: no luck.

My next step was to look at all passerines that have a black bib. Flicker? Nope, the Cybis piece has no spots and too short a bill, plus it’s the wrong body shape. Cardinal? Not even close. Black-throated Sparrow? Has no red, and is the wrong colors also. Townsend’s Warbler? No red, no white cheeks, and tons of yellow that is nowhere on the Cybis pieces.

Birds with white cheeks? No winners here either. The Great Tit almost matches except for two factors: the male has no red, and it’s not found in North America. Cybis has never been known to depict a bird not found in the USA. The nuthatches are indeed found here but none have a bib of any color.

Among all passerines that have red on their breast, none also have a black bib and white on their cheeks as well.

If anyone has any thoughts, guesses, or positive IDs on what these mystery 1950s Cybis birds were supposed to be, I’m all ears! There is a direct-contact link below.