There’s something so ‘connected’ about pink and blue, isn’t there? These are the classic ‘baby’ colors, they are complementary in the garden, and they simply play so nicely together. Perhaps that’s why Cybis chose to use them several times as the alternative color of a designated gallery-event sculpture. Sometimes a colorway switch can be notably less successful than the original, but not often in the case of pink/blue.

It’s interesting that although Cybis produced special variations of a number of pieces in which they altered the colorway and also changed other decorative elements as well, when they did their pink/blue alternates they changed nothing else but the color. They did this four (known) times for gallery event pieces: Betty Blue, Melissa, Pandora, and Young Rose. 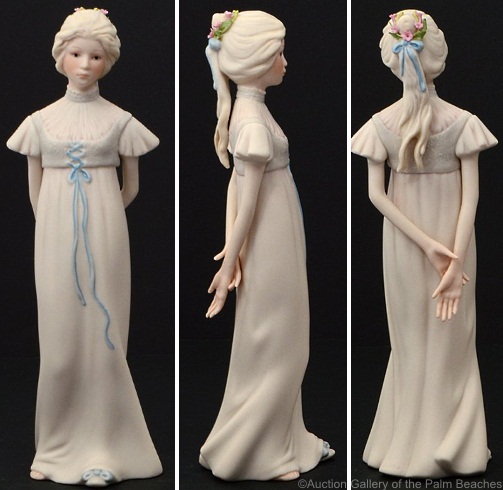 The standard edition Betty Blue is about 9” tall and was introduced in 1974 at $175. Her dress and hair ribbons, as well as the bow on her shoe, are blue and her bodice is tinted pale blue as well.

For this late-1970s gallery-event piece they changed the shoe, hair ribbon and dress ribbons to pink. She was named Patty Pink and was made available on a first-come first-served basis to attendees of the event. She was not individually numbered but only 100 were made. At one time I had her in my collection and should mention that the actual shade of pink was not ‘salmon’ as it appears in this photo; it was a true clear baby pink. If I recall correctly, Patty was priced at $225. 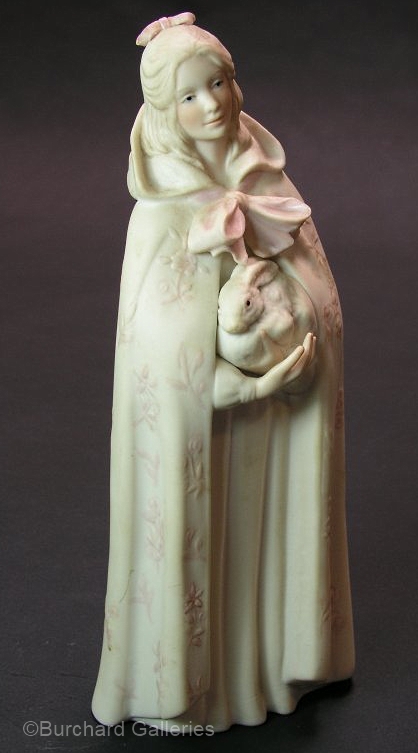 Melissa was introduced in 1976 and is 10” tall. Her issue price was $225 and she was retired before the summer of 1982. Although not based on an actual poem, her tagline in all of the Cybis advertisements was Melissa shelters the timid hare and gentle creatures everywhere. Other than her blue eyes, pink is the only color used on this sculpture. The back of her robe is especially pretty, I think, with the delicately pink-tinted raised floral decoration. 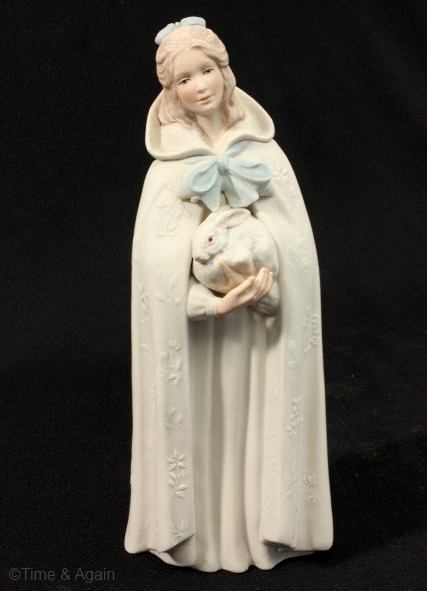 Melissa in blue was probably a designated event piece in the late 1970s. On this sculpture the two bows are now blue but the robe is left completely white, giving a damask effect. It’s not known how large this issue was or whether it was given a separate name; most such editions were not, although Patty Pink is one of the exceptions – probably because of the convenient alliteration! 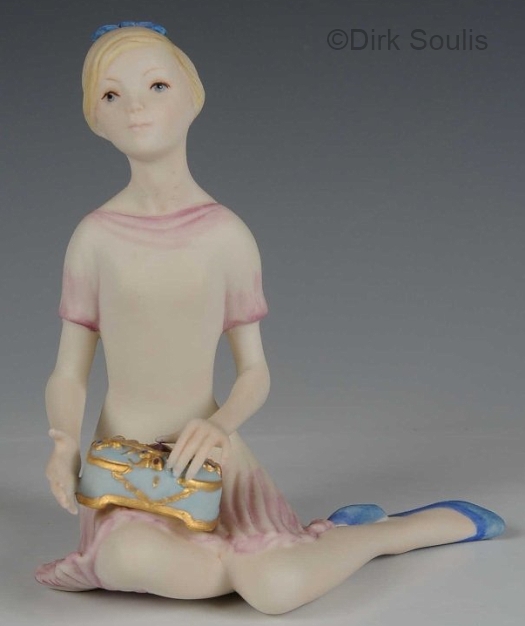 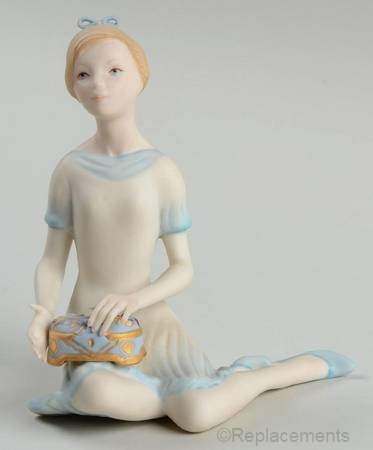 This mid-1970s event edition was sold as Pandora in blue. This was another piece that was once in my collection, and I preferred it to the retail version because the blue is softer and was consistent throughout. In fact I never bought the regular version because I didn’t like the dark blue that Cybis used on her shoes and hair bow! So when I learned that she was being done in this colorway for Brielle’s semiannual Cybis “party”, I jumped at the chance; to the best of my recollection she was priced at $150.

This special variation named April was the designated gallery event piece for 1983, and sold for $345. The total edition size was 400. She is one of the few special event editions that was given a unique specific name. In my opinion, she is the prettiest of the three known Pandora versions! 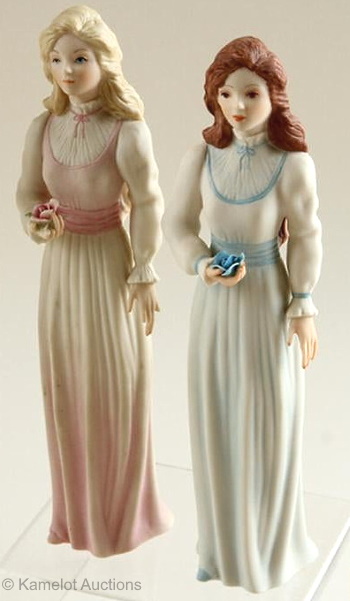 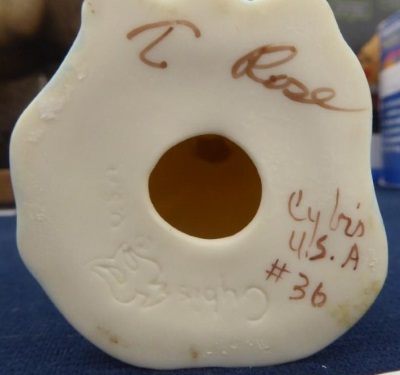 The final known pink/blue duo involves Young Rose who was issued in 1987 as an open edition wearing a pink dress. This may have been one of the last few annual gallery-event editions that the studio did. The total issue size is not known. This particular piece was sold by Armstrong’s Gallery in California; because Theresa Chorlton attended the event as a representative of the studio, she autographed many of the pieces as “T. Rose” (her maiden name) on the underside. Some people mistakenly assume that T. Rose was the artist.  (This same piece was also briefly made in white, retitled Bridesmaid, and temporarily put into the Wedding group in the late 1980s.)