Despite the title of this post, Cybis never produced a hockey sculpture but they did take to the ice with a trio of figure skaters in consecutive years during the 1980s. 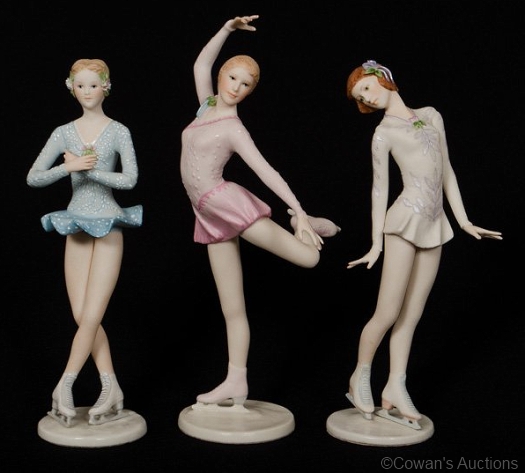 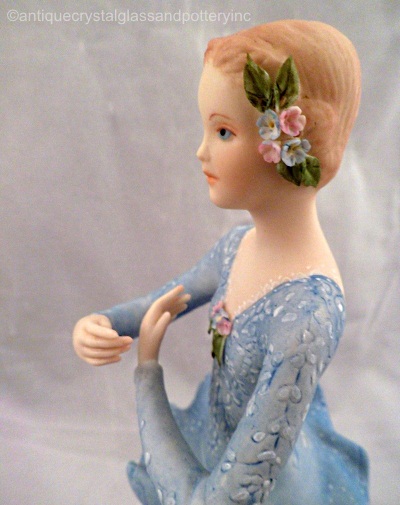 It became obvious early on in my research that a significant problem exists regarding all three of these sculptures remaining attached to their porcelain bases. The seller of the trio shown in the first photo noted that “they have all been re-glued at the base.” More than a half dozen listings for other individual examples also mention such a reattachment, and queries to two collectibles forums asked for advice on the same subject and described the frustration of trying to effect a proper repair.

In fact, the attachment issue seems to have reared its head even with the first sculpture. This was the original base for the first skater (A Star Is Born) and frankly I’m surprised that it was even considered, let alone selected. Talk about setting up for a problem! Not only are the skate blades thin and thus not affording much surface-to-surface contact for gluing, but the high glaze (no doubt meant to simulate ice) isn’t very glue-friendly and the curved surface certainly doesn’t help the situation either.

The redesigned base was not only larger but it is now unglazed bisque. It’s an improvement but clearly did not solve the problem, especially with Encore (shown here) in which a single skate blade is expected to permanently support a figure that is not a simple narrow vertical. That was rather…optimistic.

Even Figure Eight, which is better balanced, has had her problems; notice the dark replacement glue on this one as well. 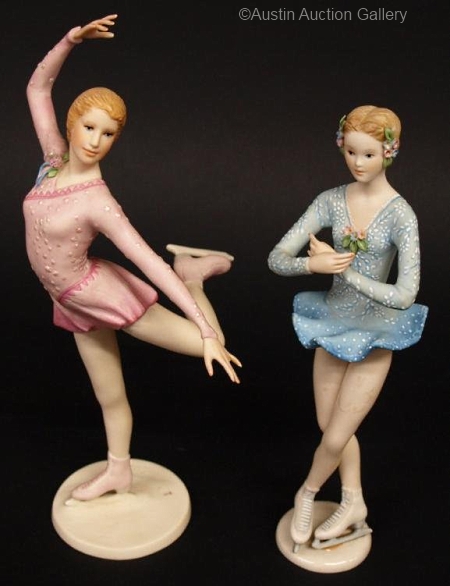 This photo shows A Star Is Born on the first base design next to Figure Eight on the later one. It’s no surprise that the first base was abandoned during production (though it’s unclear exactly when) and replaced by a different. Notice the very obvious reattachment of A Star Is Born; Cybis glue usually does not turn orange like this.

The revised base may well be the same one that was used for three ballet sculptures that Cybis also introduced at roughly the same time: Cynthia in 1983, and both Clara and Swanilda in 1985. Of those three, only Clara is depicted as “on pointe”; the other two have the entire sole of one foot in contact with the base, providing more stability, especially since their foot has more contact with the base than do the figure skaters’ blades.

This one of a kind artist’s proof of A Star is Born as a young Asian lady surfaced as part of the studio’s liquidation sale in 2019.