Watching the acrobatic antics of a pair of squirrels reminded me that Cybis created four of them in porcelain. 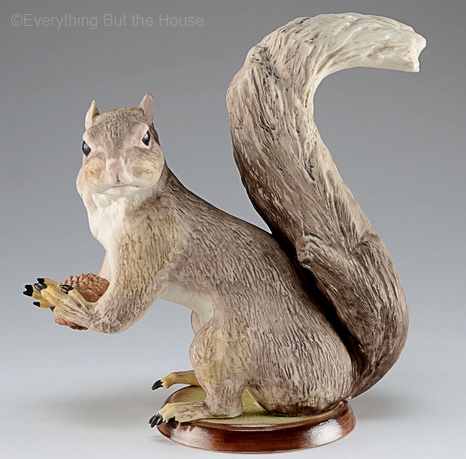 The first and best known of them, Squirrel, ‘Mr. Fluffy Tail’ appeared in 1965 as an open edition and was produced until his retirement in 1971. He stands 7.5” high and has the typical squirrel attitude when it comes to snacking! 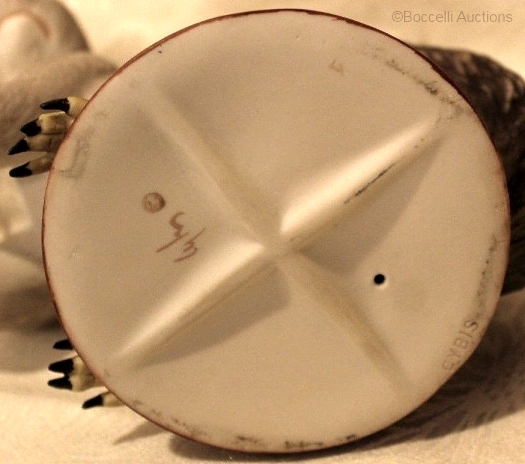 For some reason this sculpture has an unusually-constructed base (underside) and I’ve often wondered why it was made this way because I’ve never seen another Cybis base like these. The raised areas in the center must be there for a reason but I have no idea what it was. There was never any felt covering on this sculpture; the underside was designed exactly as shown here. 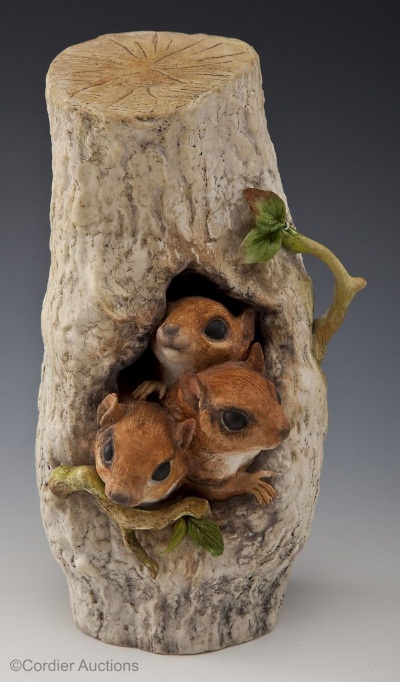 In 1980, after Cybis had been squirrel-free for almost ten years, they introduced the 8” high limited edition sculpture High Rise showing a nest of baby flying squirrels peeking out for their first view of the world from their “room with a view”. The issue was 400 pieces with an initial price of $475 and was $525 in 1988, shortly before completion. The designer of this piece was Lynn Klockner Brown. 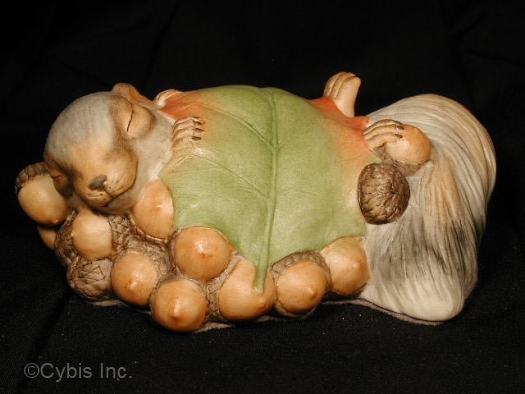 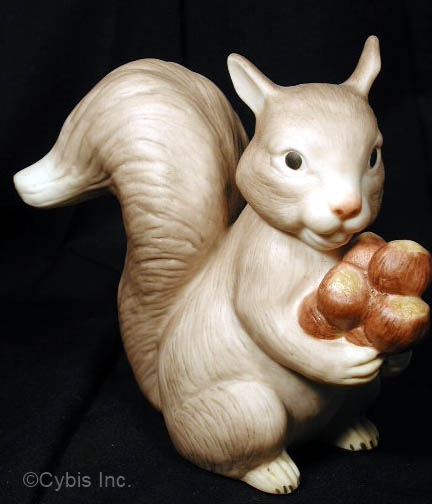 The fourth and last Cybis squirrel was Chippy with Nuts at 5.25” high and was also a nonlimited edition probably introduced in 1990. Whoever named this piece was certainly not a naturalist, because despite his long supefluffy tail and complete lack of stripes they not only named him “Chippy” but…. listed him as a (misspelled) “Chipmonk” on their 1993 price list! He is shown there selling for $450. 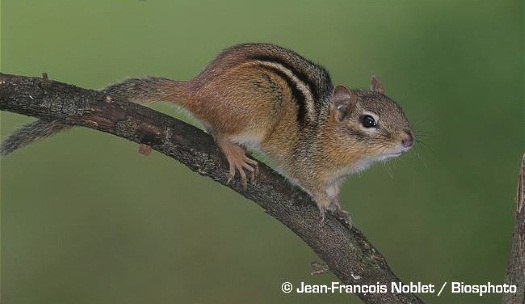 (An actual chipmunk… in order to dispel any doubts! 😉   )

I always regretted that Cybis never produced a pair of naturalistic squirrels together (along the lines of their other animal pairs such as the beavers, otter, foxes, cats and dogs) because the artistic possibilities would seem endless. But in any case, one needn’t worry about these particular squirrels raiding the bird feeder or becoming destructive uninvited guests in the attic!